The weather and foliage this past weekend were quite accommodating for Senator Patrick Leahy’s Fall Foliage Weekend in Vermont. Several events were scheduled throughout the weekend to allow time for networking while showcasing the beauty of the Senator's home state.

Senator Leahy has long been a strong supporter of Farm Credit. Yankee had the opportunity to send attendees to each event where they were able to thank the Senator for his support of Farm Credit and farmers. Participating from Yankee were: 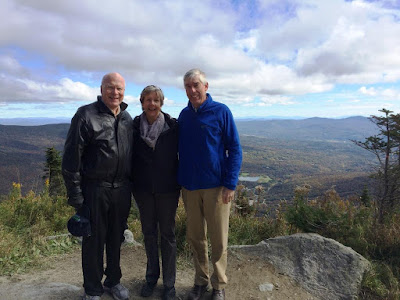 Pictured above is Senator Leahy with George and Nancy Putnam at the top of the gondola on Mt. Mansfield.